An enormous pressure is put on developing countries to diminish their birthrate. Measures are forced upon them which often run contrary to human respect. For example, a certificate of sterilization must be produced in order to get a job in certain societies. International organizations will only give financial aid on the condition that birth control methods are imposed on the people. But the efforts from abroad to spread contraceptive methods in poor countries do not originate from the concern to help them recover from underdevelopment, but rather from the fear on the part of rich countries of having their own wealth threatened by a human invasion. Don’t we often hear today how the population growth of the third world has an effect on the environment(1) ?

(1) See the book by Michel Schooyans, La derive totalitaire du liberalisme, Ed. Universitaires 1991.
(2) Sollicitudo rei Socialis no. 25.
(3) Population and Poverty: A study of the relationship between poverty and demographic trends in the Third World, by the German Bishops’ Conference, published in Catholic International Vol.2, No.18, 15-31 October, 1991, p.875-886.
(4) « For a clear ethic of family planning », Communication of the Catholic Church at the 22nd Conference of the Council of International Organizations of Medical Science (Cioms) in Bangkok, Thailand, June 19-24, 1988, published in L’Osservatore Romano (English Edition) June 25, 1988. 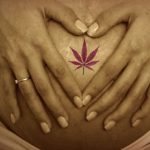 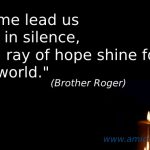