Isn’t it surprising that a large number of people, who ordinarily are not at all interested in the faith and teachings of the Church, suddenly become disturbed when she speaks out against abortion, the pill or in vitro fertilization.

Is it not true that, deep down inside ourselves, we have doubts in our conscience, whenever we are not exactly sure that an act we want to do or which we have done is right. We look, at all cost, for approval, for an official justification that would free us from interior reproach.

In recent years, the late King of Belgium refused to approve a law which would legalize abortion, at the risk of his being asked to abdicate. Certain Belgian politicians were furious. According to them, the King had nothing to say in the matter, but had simply to pass the law like an automatic stamping machine. Why did these people get so angry in the face of such an extraordinary gesture of courage? Of course, because they wanted to legalize abortion but, most importantly, because they could not bear the fact that someone dared to say that abortion was not ‘alright’.

The opposite situation happened 400 years ago when Henry VIII, King of England, succeeded in obtaining from the House of Lords and the Commons and even from the bishops of the country, the approval of the annullment of his marriage to Catherine of Aragon. However, one bishop, John Fisher, and one laymen, the Lord Chancellor, Thomas More, resigned, refusing to say that it was ‘alright’. These two voices prevented Henry VIII from sleeping, and he had both men put to death.

The Church proposes what Christ teaches

As it’s quite embarassing to attack Jesus Christ in a direct way even in the world, some people prefer to attack the Church. To their question, “With what right does the Church forbid divorce?” – The Church recalls what Christ says in the Gospel. “Anyone who divorces his wife and marries another commits adultery, and whoever marries a woman divorced from her husband commits adultery” (Luke 16:18). (1)

If the Church does not give witness to the light which is Christ, who will find the light?

The Church does not condemn. In the Name of Christ, she forgives.

The Church says that abortion is wrong. But she forgives in God’s name those who have had an abortion. When a person no longer believes in God, they lose this possibility to receive forgiveness. This is the problem of the time in which we live: No more God, no more mercy. And so, faced with the reproaches of our conscience, we either force ourselves to forget – a suppression which has its consequences – or we call evil “good” and what is wrong “right”.

Why not say with the Church the words of the Psalmist: “Create in me a clean heart, O God, and put a new and right spirit within me…Restore to me the joy of thy salvation…Hide thy face from my sins, and blot out all my iniquities.” (Psalm 51:9-12)

(1) The Church does not condemn divorced persons. But, because of the words of Christ, she does not accept remarriage of divorced persons. It is different when a marriage receives a declaration of nullity by the Tribunal of the Church. In such cases, it is determined that, from the very start, the marriage never really took place, because of a lack of freedom, of mutual consent, etc. 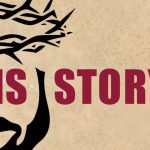 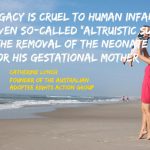