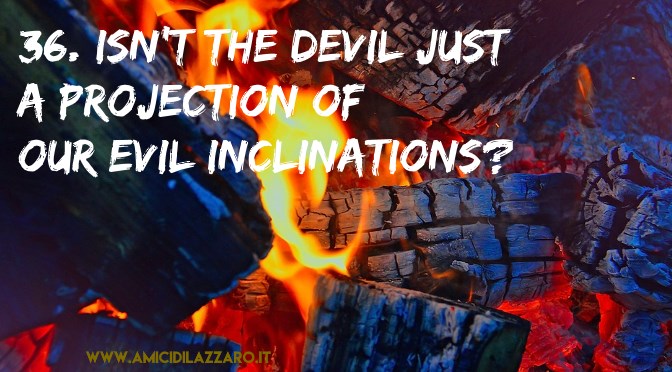 “Evil is not only a deficiency [or the absence of good],”, explains Pope Paul VI, “but… a living [spiritual] being, who [is both] perverted and a perverter. A terrible reality. Mysterious and terrifying. He is enemy number one, tempter par excellence. We know that this obscure and frightening being really exists and that he is still acting with a betraying astuteness; he is the occult enemy who seeds error and misfortune throughout history” and his supreme astuteness is to make people believe that he does not exist.

Letter to married couples (Pope Francis)
Dear married couples throughout the world! In this “Amoris Laetitia Family” Year, I am writing to express my deep affection and closeness...
Read more
3. What about fights... and conflicts?
"Love is built by two" What would you say about a couple who don`t talk with each other? Wouldn't you wonder which of the two harmed the other? ...
Read more
15. Getting married - what does it add to our lives?
Life as a couple - does it have anything to do with society and with the Church? Some people say: It has nothing to do with anyone but me, no one...
Read more
powered by RelatedPosts