Abortion: The one eliminated is a human being at the very beginning of life. No one more absolutely innocent could be imagined. In no way could this human being ever be considered an aggressor, much less an unjust aggressor!

The unborn child is totally entrusted to the protection and care of the woman carrying him or her in the womb. And yet sometimes it is precisely the mother herself who makes the decision and asks for the child to be eliminated, and who then goes about having it done.

Sometimes it is feared that the child to be born would live in such conditions that it would be better if the birth did not take place. Nevertheless, these reasons and others like them, however serious and tragic, can never justify the deliberate killing of an innocent human being.

As well as the mother, there are often other people too who decide upon the death of the child in the womb.

Sometimes the woman is subjected to such strong pressure that she feels psychologically forced to have an abortion.

But in fact, “from the time that the ovum is fertilized, a life is begun which is neither that of the father nor the mother; it is rather the life of a new human being with his own growth. This has always been clear, and … modern genetic science offers clear confirmation.

John Paul II: I would now like to say a special word to women who have had an abortion. The Church is aware of the many factors which may have influenced your decision, and she does not doubt that in many cases it was a painful and even shattering decision. The wound in your heart may not yet have healed. Certainly what happened was and remains terribly wrong. But do not give in to discouragement and do not lose hope. Try rather to understand what happened and face it honestly. If you have not already done so, give yourselves over with humility and trust to repentance. The Father of mercies is ready to give you his forgiveness and his peace in the Sacrament of Reconciliation. To the same Father and his mercy you can with sure hope entrust your child.

The morning-after pill:  is a hormone-based preparation (it can contain oestrogens, oestrogen/progestogens or only progestogens) which, within and no later than 72 hours after a presumably fertile act of sexual intercourse, has a predominantly “anti-implantation” function, i.e., it prevents a possible fertilized ovum (which is a human embryo), by now in the blastocyst stage of its development (fifth to sixth day after fertilization), from being implanted in the uterine wall by a process of altering the wall itself.

The final result will thus be the expulsion and loss of this embryo.
Pregnancy, in fact, begins with fertilization and not with the implantation of the blastocyst in the uterine wall, which is what is being implicitly suggested.

You want to heal the wounds of a voluntary abortion
LA VIGNA DI RACHELE tel. 099 7724518 www.vignadirachele.org 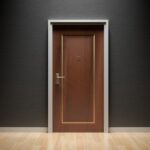