Pre-born babies don’t scream as they’re aborted, because “I transect the cord 1st so there’s really no opportunity,” according to a prominent abortionist.

Leah Torres, an abortionist with a big Twitter presence, tweeted that if the babies she kills are developed enough to have larynxes, she snips “the cord” so they don’t scream. Torres then deleted the tweet.

It’s unclear if she meant spinal, umbilical, or vocal cords. Abortion by umbilical cord transection is a method of abortion. During such an abortion, “using the ultrasound for guidance, the physician then punctures the amniotic membrane, inserts an instrument into the uterus, grasps the cord, and with another instrument cuts the cord. The physician must then wait for the fetal heart activity to cease, which usually occurs after 10 minutes.”

Torres said she deleted that tweet because “my friend asked me to” but “I’m not sorry” for it.

Deleting the post was “for the greater good of reproductive health,” Torres wrote, because her friend is “trying to open dialogue between ‘pro-life’ and ‘pro-choice’…in Australia.”

Torres is based in Utah. She works for Planned Parenthood. According to Center for Medical Progress founder David Daleiden, he didn’t investigate Utah Planned Parenthood “because their abortion doctors were the only ones who actually scared me.”

“The Silent Scream” is a famous documentary, narrated by NARAL founder and former abortionist, from the early days of the pro-life movement. It shows an actual abortion on an ultrasound. The 11-week-old baby being killed appears to be crying out in pain. 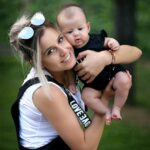 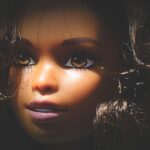