The relationship between induced abortion and suicide has been documented for over 30 years when a Minnesota study found that in the 6 months following an abortion, high school females were 10 times more likely to commit suicide than other females. Those with any past history of abortion were about 6 times more likely to have attempted suicide than those without.  More recently, studies in Finland and California found that Induced abortion is associated with a 2.5 to 7 times higher suicide rate in the years after abortion than after childbirth.

The American College of Pediatricians advises pediatricians counseling adolescents to recognize all the risk factors for adolescent suicide, including sexual activity and elective abortion.  More information for physicians and parents is available at the College website, www.BestforChildren.org. In light of these facts, the American College of Pediatricians recommends that parents visit our website for tips on parenting teens. 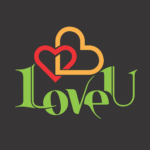