CARLO V. BELLIENI, MD; ALBERTO M. GAMBINO, PHD
Abstract
External factors can interfere with pregnancy; some of them are factors of parental origin, such as active or passive smoking or alcohol use; some are of environmental origin such as air or water pollution; some are due to medical errors that expose the developing being to harm. Sometimes these factors cause the death of the fetus; sometimes they just injure it with relevant consequences after birth. We discuss the paradox that if prenatal harm is caused by doctors or social factors, the authors of the harm will be prosecuted, while if the harm is provoked by parents, they have no legal consequences. The present paper illustrates this paradox and concludes that parents who provoke an avoidable preterm birth or any other avoidable harm with postnatal consequences are morally guilty of the same fault of care that they would be accused of if they unwillingly caused harm to an already born baby. Key words: Pregnancy; Fetus; Parents The placenta is a filter that shields the fetus from hazards, but it cannot prevent all noxious factors either chemical or infective. Such factors affect the fetus through its mother, via voluntary ingestion/absorption (alcoholic drinks, tobacco, unprotected contact with notoriously infective subjects) or via involuntary ingestion/absorption (air or water pollution, contact with infected subjects). These factors can cause severe damage to the fetus.1-4 When the fetus is born and grows up, it can suffer the consequences of these hazardous factors. Even before birth, a fetus can be harmed by substances ingested by its mother, the consequences of which he/she will suffer throughout all his/her life. Maternal alcohol ingestion can cause the so-called fetal alcohol syndrome, characterized by malformations, mental delay, heart disease; tobacco smoke can damage the placenta with consequent fetal growth restriction and low birth weight and future asthma. Heavy metals that can be present in the air or water are absorbed by the mother and affect the fetus, causing mental retardation and malformations. Also stress not prevented or voluntarily chosen in pregnancy is a risk factor as well as the decision of delaying childbearing when this is not due to external factors and conditions. In fact, delayed childbearing is correlated with a higher risk of preterm birth and birth anomalies.

People who harm fetuses, exposing mothers to poisons or undue stress, can be liable, some legislations agree that they should pay for it. A legal responsibility exists in damaging fetuses when this is due to the lack of respect of work rules. Stress and fatigue women go through during stressful jobs as employees or workers5,6 are risk factors of preterm birth, and possible causes of severe brain or lung damage for the baby. Employers who do not follow all guidelines to preserve women and their future babies from harm due to stress can be legally sued. When a correlation between  fetal harm and postnatal damage is evident, those responsible can be prosecuted. This was the case regarding lead intoxication in Myamata (Japan),7 methyl isocyanate intoxication in Bophal (India),8 and the phocomelia epidemic due to thalidomide in US in the ‘60s. The area of law that deals with negligence on the part of manufacturers is called product liability, and this responsibility is to be considered for the damages that it can provoke before or after birth. The moral responsibility in this case is evident: the consequences a baby is forced to suffer because of prenatal harm are so indicative of an unfair exposure to toxic substances or to stressful jobs that anyone would agree to prevent these types of risks with sanctions. Medical Responsibility Even in the field of medical responsibility it is evident that, if a baby is born with a damage that could be preventable, the doctor who took care of the pregnancy and did not prevent the damage is morally responsible—for instance, if a doctor has neglected to make a diagnosis of a curable disease and the baby has suffered injuries from this disease. It can also happen that a doctor may suggest the use of drugs that can harm the fetus, such as in the case of phocomelia epidemics due to thalidomide. Doctors have the sacred responsibility of “do not harm” and to preserve health. The paradox of doctors prosecuted for the birth instead of the abortion of a baby is reported. This case is very complicated: babies born instead of being aborted have prosecuted (by proxy) the supposed responsible. For instance, in the case of prenatal misdiagnosis of fetal morphological normality, made in reality on a damaged fetus, it was stated that having been born with such diseases was “per se” a harm for the baby, and the doctor who made the erroneous diagnosis was consequently prosecuted. This principle has been criticized, because it places lower moral value on the disabled.9 Parental Responsibility But when the prenatal harm visible in an already born baby is caused by the parents, it seems that none should be guilty. A father can expose the mother and consequently the baby to passive smoke or to violent stress10 throughout pregnancy, and if the baby gets injured, he will have no responsibility for this harm. A mother can drink alcohol and choose stressful behaviors in pregnancy (loud music, stressful journeys), or she can delay pregnancy to a maternal age where babies’ birth anomalies, prematurity, and brain damage are more frequent, without responsibility or legal consequences. When an already born baby is unintentionally harmed by the parents, it is considered an accident, but, despite the comprehensible indulgence, it is also juridically relevant, unless the accident or the absence of a cause-effect connection are evident.11,12 A child who is injured because of a parent’s negligence can sue that parent; children usually sue because parents often have liability insurance that would cover some or all of the medical expenses that would have to be paid due to the child’s injuries. On the other hand, parents can also cause permanent harm prenatally with postnatal consequences, but they cannot be sued by the law. If a parent voluntarily administers an alcoholic substance to his/her baby without health consequences, the parent is prosecuted for maltreating; if a mother ingests alcohol during pregnancy with catastrophic consequences for the baby (three, four years later, i.e. when he/she is already a citizen and a person) she (or whoever induced her to perform like this) is immune from prosecution. 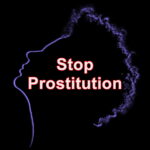 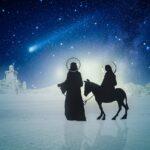