Children are the world’s future. Child trafficking, as with few other threats to their well-being, undermines the future of children, families, and societies. In the United States, it is estimated that up to 300,000 children are victims of sex trafficking, also known as Domestic Minor Sex Trafficking (DMST). Countless others are victims of additional forms of exploitation, especially forced labor. Some of these children have been brough t to the United States illegally, while thousands are US citizens as young as 12, who have been recruited, abducted, abused, or exploited into the sex trade or forced servitude.

The UN’s“Palermo Protocol” defines all human trafficking as, “The recruitment, transportation, transfer, harboring, or receipt of persons, by means of the threat or use of force or other forms of coercion, of abduction, of fraud, of deception, of the abuse of power or of a position of vulnerability” (United Nations, 2000). The definition expands the parameters for children,

specifically those under the age of 18, to include illegal adoption, recruitment as soldiers, and pornography.

The American College of Pediatricians recognizes the tragic reality of this multi-billion dollar child trafficking industry in the United States and around the world, and proposes the four following responses to prevent, identify, and bring healing and justice to its victims:

This would include an increased focus on reducing the demand side of the industry by strengthening laws, and by publicly identifying, and prosecuting the “pimps” and “johns”.

● Work to strengthen families and collaborate with them, schools, community organizations, and international agencies to inform and equip individuals and groups to help identify engaged or potential victims.

● Educate physicians, nurses, and allied health professionals regarding indicators that should alert them to the possibility that the child or adolescent they are evaluating or treating may be a trafficked individual.

● Coordinate with child protective services, law enforcement, treatment centers, shelters, and faith-based groups toassure that children who have been trafficked are located, protected, treated, and provide d a pathway to a healthy future, not incarcerated.

The American College of Pediatricians seeks the “best for children”, through strong, stable families, that are the first and strongest protection from child trafficking, and caring communities that work with families to prevent this exploitation and abuse.

The American College of Pediatricians is a national association of licensed physicians and healthcare professionals who specialize in the care of infants, children, and adolescents. The mission of the College is to enable all children to reach their optimal physical and emotional health and well-being 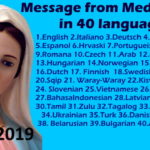