Katie Whiddon was 18 years old and in an ‘abusive and unfaithful’ relationship when she became pregnant with her son, Camden, who during an anatomy scan, was found to be missing his arms and legs.

Speaking to Love What Matters Magazine, Ms Whiddon said: “Thanks to my intense pregnancy symptoms, I knew I was pregnant. Then fear rapidly hit. I knew what kind of relationship I was in. Abusive and unfaithful. ‘Maybe this will make him truly love me and want only me. And he can’t hit me or push me while I’m pregnant.'”

Ms Whiddon’s boyfriend separated from her several times throughout the second trimester of her pregnancy. However, it was after the anatomy scan, where it was revealed that their unborn child was ‘missing limbs’, when Ms Whiddon’s boyfriend became emotionally and psychologically abusive, as he tried to coerce her to abort their baby against her will.

Ms Whiddon said: “My boyfriend pleaded and begged for me to get an abortion. He said, ‘It would be cruel to have a baby like that. He’s a monster!’ We should’ve gotten the abortion when my dad offered to pay for it early on. You can’t have this baby, ESPECIALLY if it’s a boy. That would be even worse. He would never be able to be like me. Who do you think will want to be with a single mom with a deformed baby?! No one!’ I was ultimately persuaded to have an abortion.”

Ms Whiddon was made to feel “selfish” for wanting to keep her baby and was informed by her boyfriend that his father was also eager to pay for her abortion.

The night before her scheduled abortion, Ms Whiddon revealed to her mother and cousin her predicament. It was after this conversation, that Ms Whiddon courageously made the decision to defy the demands of her boyfriend and refuse an abortion.

Ms Whiddon said: “I talked to my mom and my cousin and told them how I felt. Then a flip switched. What if I did decide to be selfish? What if I just skipped the abortion appointment? What if I just see what happens? Then I will get to meet my son. I decided to keep my baby.”

After re-locating near family and receiving countless phone calls from her ex-boyfriend and despite his parents pressurising her to have an abortion, Ms Whiddon’s son, Camden was born.

Ms Whiddon’s account is distressing, yet it is not uncommon. The scandalous reality behind the veneer of choice, that abortion so commonly hides behind, is that the issue of coerced abortion is becoming commonplace in the UK. Whilst coercion is chiefly carried out by intimate partners, it can also be initiated from a host of sources, including wider family, friends, health-workers or employers. Coercion can manifest in threats of violence, emotional blackmail and continuous pressure to undergo an abortion.

Research by polling company D-Cyfor recently revealed that one in seven UK women has been forced to undergo an abortion. Experts have also called for UK healthcare professionals to be vigilant in screening for coercion, after a study suggested that a quarter of US women were subjected to coercion surrounding an abortion decision, with the study branding coercion as ‘common.’

Margaret Akers, SPUC Campaign Research Officer said: “The devastating reality is that many women are pressurised or coerced in some way into an abortion decision, whether it be subtly, harshly, or somewhere between the two. This is sadly reflected in Ms Whiddon’s account.”

Ms Akers continued: “For this reason, society must improve its awareness of alternative options and support for those in difficult situations. Coercion can be applied through verbal and emotional pressure, or even violence. For this reason, society has a duty to recognise that coerced abortion is a form of domestic abuse. We need to extend our efforts to protect women from becoming victims of this abuse.”

Published with permission from the Society for the Protection of Unborn Children. 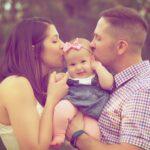 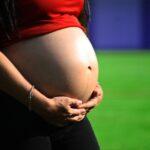