Traditional African religion has no written legal documents showing what is legal or illegal, but traditional Africans have a code of conduct which they all know. This code constrains individual to live in conformity with the well being of society. the components of the code have been transmitted conventionally from generation to generation. forbidden criminal actions include Adultery, breach of covenant, burglary, fornication,incest, kidnapping, irreverence and unkindness to parents, lying, murder,rape, seduction, speaking evil of rulers, swearing, falsely, theft, sodomy and malice. All prohibited acts or taboos are crimes in African traditional religion and any person committing any of them is regarded as a criminal and punishable. Abnormal behavior which is not in conformity with norms of society are criminal acts.

Adultery is deemed an outrageous crime, striking at the norm of the society and when it results in conception, it inflicts a spurious offspring on the husband. The kinship structure of our society makes adultery a crime not only against the husband as an individual but also against those corporate bodies with whom the husband is in relation. Marriage is a societal ceremony in the traditional community.

Adultery is also an offence against the religious objects of the husband, including his ancestors. Furthermore, it is criminal act against the gods, because marriage in the traditional context is a sacred institution sanctioned by them, any unfaithfulness in the matrimonial life of the couple is punishable by preternatural beings. Ritual and ceremonies accompany or follow the occasion of wedding. The aim of these is to pray for the welfare of the new couple, to bless them so that they will bear children and to give them instructions and rules on how to conduct themselves as a people. At these rituals, God and the living dead of the family may be called upon to witness the occasion and to give their blessings to the new husband and wife.

In the traditional Benin , the wife is made to swear in the husbands ancestral shrine ( called, Erimwin Owa), to be faithful to her husband and not to plan any evil against the husband. The act of swearing do not only instil fear on the wife not committing such a crime but also reveals an adulterer of her crime in so many unpleasant ways until she confesses of her shameful and criminal act.

Adultery is not condoned, it is a breach of societal and religious norms and it breeds the unhealthy and unwholesome relationship in society, a relationship that can ruin the total well-being of the people.

Adultery is viewed with grave concern and is seriously punished.

Lying is forbidding in the traditional African religion, and any perpetration of it is a crime not only against human beings but also against the supernatural beings. Traditional Africans train their children always to tell the truth because they believe that a liar is prone to other forms of criminal acts, like stealing. The saying is ” He who lies will steal.” It is a common evil among some people, but considered very disgraceful particularly when the truth is known. like adultery, lying ruins. Traditional African invoke curses on liars, while the divinities too condemn them.

Traditional Africans think very much about the hereafter. They know that liars will suffer at and after their death , so they as much as possible keep away from what will lead to such suffering.

Even when human beings are deceived, God sees the liars and the truth will punish them accordingly. Traditional Africans fear the wrath of God which leads to miseries and misfortune.They prefer divine pleasure to divine wrath, and divine blessings to divine punishment. When the Africans say “God will judge,” a liars mind pricks and a machinery is set in motion within him which makes him confess that he told a lie. He may be asked to swear, and since he knows that swearing falsely will bring about serious repercussion, he will immediately retract from swearing.

The gods do not support lying or falsehood. The divinities of the traditional African enjoin their worshippers to tell the truth at all times.

Among traditional Africans, it is shameful to steal. It is considered a crime to steal anything in the community. A thief is a disgrace to his relations. Traditional Africans perform rituals to detect a thief and recover the stolen property. They commit the robbers to the gods for punishment and in some cases the thieve are revealed publicly by the gods or made to confess publicly or return the stolen property to a place where it can be seen by the people. This is in consequence of the divine power or wrath which makes the thief suffer physically or internally. He may be subjected to prolonged torture, illness, paralysis, partial blindness, to the point the that diviners are consulted for the cause of his or her misfortune, and when it is attributed to stealing, the stolen goods have to be returned and a propitiatory sacrifice offered.

Stealing tarnishes the reputation and integrity of the family, and traditional African strive very much to protect the good name and image of the family. The loss fame in the community and divine punishment and not force serve as a serious and adequate punishment in traditional society. Stealing is not only immoral or a societal crime, it is also a religious offence punishable by God.

According to traditional religion, parents , after giving their children good training, nursing them and settling them down properly in life, expect the children to show true devotion to and care for them, whether the parents are rich or poor, literate or illiterate. Such devotion to the service of the parents is obligatory and, if given, is one of the best form of prayer and the surest way to success, peace and satisfaction for the children.

It is believed that whatever a child might become and whatever height he might attain , his parents are responsible and if he fails to honour his parents he is bound to fall from the height and his life will be devoid of peace and satisfaction. parents should be regarded as gods, acknowledged and worshipped. It is the will of God that parents should be venerated and revered, and any society where children despise and neglect their parents, will not have the blessing of God.

It is a capital crime for a child to strike or beat his or her parents, it is prohibited to curse one’s father or mother. Punishment for irreverence and unkindness to parents include both the wrath of the parents and wrath of God, which will certainly cause disaster in the life of the child. In serious case, such a disaster has to be removed from the life of the child through offerings and sacrifice.

Traditional African sees respect for elders a duty, the doing of which pleases not only man but also God. Hence the prostrate, kneel before elders, open their caps, while greeting, and help elders carry loads and run errands for them.

The unfortunate acceptance of foreign cultures have to a large extent affected African children in respect for respect for elders and we appear to be moving into a confused and dual culture. It is un- African of a child to say “Hello” to his parents or to shake hands with elderly people.

Traditional African government is theocratic, and the rulers are regarded as divine representatives, and so all reproachful words against them are prohibited. Conspiracy or disrespect against rulers is regarded as a serious offence and is seriously dealt with. There can, of course, be a move against a ruler who is regarded as a tyrant and whose reign proves disastrous for the people. Traditional rulers are sacrosanct, and anyone who disobeys them or is rude to them is either fined , admonished or expelled from the ruler’s domain, and finally the offenders is committed to divine punishment.

The position of the rulers and authorities is similar through out Africa. They are both political and religious functionaries. They derive their authority from from the supreme being, and so, any disobedience or conspiracy against them is seen as a crime against society and against God. 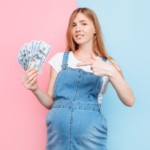