Dear Friend of the Family,

There wasn’t even standing room available at the forum Family Watch recently chaired at the World Congress of Families in Salt Lake City. Every inch of space was taken, and an overflow room where the proceedings were broadcast was also filled to capacity, and many were turned away.

Also drawing the crowd to our forum were the outstanding presentations by Dr. Jill Manning on the “Impact of Pornography on Wives,” and by Dawn Hawkins of the National Center to End Exploitation.

This strong interest in our forum on pornography at the World Congress demonstrates the growing concern worldwide regarding the harmful impact of pornography on children and families.

The evidence of this great harm continues to mount.

There is also growing evidence that children are being exposed to pornography at ever younger ages.   Some of this exposure, unfortunately, is coming in schools as a result of the growing incorporation of Comprehensive Sexuality Education (CSE) around the world that inappropriately sexualizes young children. In fact, just this week it was reported that a school in California had placed pornographic paintings depicting vulgar sex acts in bathrooms and all around the school.

Once images like these enter a child’s brain, it is very difficult, if not near impossible, to erase them from the brain.

As the ACOP study reports, “Pornography exposure for children and adolescents has become almost ubiquitous.” They cite one British study that found that nearly a third of the students surveyed reported that their first exposure to pornography was when they were 10 years old or younger.

Consumption of pornography is associated with many negative emotional, psychological and physical health outcomes.   These include increased rates of depression, anxiety, acting out and violent behavior, younger age of sexual debut, sexual promiscuity, increased risk of teen pregnancy, and a distorted view of relationships between men and women.   For adults, pornography results in an increased likelihood of divorce, which is also harmful to children. The American College of Pediatricians urges healthcare professionals to communicate the risks of pornography use to patients and their families and to offer resources both to protect children from viewing pornography and to treat individuals suffering from its negative effects.

So what can you do?

We have three suggestions for how you can help combat pornography:

1.  Go to your school and find out what your children are being exposed to in the school environment there or in the books or curricula they receive. Organize parents to remove anything pornographic. 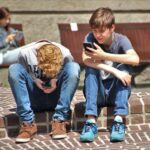