About 400 different languages are spoken in the West African country of Nigeria. They belong to three African language families, namely the :Niger-Cordofanian, the Nilo-Saharan and the Afro-Asiatic family.

Some of the Nigerian languages are tonal languages, e.g. Yoruba and Igbo. In a tonal language, a difference in pitch in an otherwise identical syllable indicates a change of meaning. For instance, the Yoruba word „ko“ means on a high pitch „to learn“, on a middle pitch „to write“, and on a low pitch „to refuse“.

Only about 120 of the Nigerian native languages have been studied in depth with regard to their orthographic, grammatical and lexical systems.

Brief History of English in Nigeria

The Portuguese were the first Europeans who traded pepper and slaves from the Nigerian coastal area. They first arrived in Benin (city) at the end of the 15th century. From the mid 16th century, the British took over as major trading partners. With the abolition of the slave trade at the beginning of the 19th century, British colonial interests shifted to agricultural production for exportation to Europe.

In 1842 and 1846 the first missionary stations were established in Badagry (near Lagos in the Southwest) and Calabar (in the Southeast) respectively. The missionaries were mainly interested in spreading Christianity among the African pagans. In the schools they established in the Southern part of Nigeria (they were not allowed to settle in the Islamic North of the country) they also taught agriculture, crafts and hygiene. In order to easily reach the population, the language of instruction was usually the mother tongue of the natives. But the Africans refused to send their children to school because they needed them to work in the house and on the farms. Consequently, the missionaries paid compensation to the parents. All the same, the first generation of students was made up mainly of children of slaves who the village communities thought they would not miss much.

The British colonial government increasingly felt the need for Africans who were literate in English and would serve British colonial and trade interests (for instance as teachers, interpreters and clerks for local native courts and the trading companies). Therefore, missionary stations were ordered in the 1880s to teach English in their schools. In the long run, however, the missionary schools were unable to meet the demands for educated Nigerians, and the colonial government began to establish state schools from the turn of the century on. The first state school was in fact founded as a result of pressure from Muslims in Lagos in 1899 who had no access to missionary schools and felt they were at a disadvantage.

Translation of the English to be

1.1.1. Category Shift: reclassification of noun/adjective/adverb as verb: Horn before overtaking! Off the light! It tantamounts to fraud. I was not chanced/opportuned to come.

1.1.3. Progressive in State Verbs: I am seeing/hearing/smelling. I am not having much money. Let me be going.

1.1.4. Object Patterns: He allowed them go. She made him to work hard. The child refused going to bed. She avoided to meet him. She didn’t arrive on time – she always likes to disappoint. It was a wonderful party – we enjoyed!

1.1.5. Prepositional and Non-Prepositional Verbs: You should dispose your car. Why did you not reply my letter? The library comprises of many sections. They are demanding for money. He emphasized on the importance of rest. I regret of not arriving earlier. Let us request for more lectures.

1.2.1. Indiscriminate Use of Infinitive/Basic Form: Yesterday they go to your office. She cook delicious peppersoup.

1.2.4. Inflexion of Relevant Words of Idioms: They ran for their dear lives.

1.3.1. Shift of Sense or Reference: Rice is too cheap nowadays, unlike what it was last year. His hand pained him too much that he could hardly write.

1.3.3.1. Past Perfect Instead of Present Perfect: In 1986 the nation was selling her crude oil at 28 Naira per barrel. Today, the price of oil had tumbled to an all-time low of 10 Naira per barrel.

1.3.3.3. Reported Speech: Yusuf said he is entering the house when his brother drove up.

1.4. Copying (syntactically redundant use of words):

1.4.1. Subject Copying: My father he works under NEPA.

1.4.2. Object Copying in Relative Clauses: The car which he bought it last year is already giving trouble.

1.4.3. Relative and Possessive Sequence: I know the man who his father died.

1.4.4. of  Before which: It was a very horrible experience of which I hope it  will not happen again.

1.5.2. No Reversal of Inversion after Wh-Words in Indirect Speech: He asked me what was the time.

2.2. Dress: agbada (Yoruba: large gown worn by men, often embroidered at the neck and cuffs and with flowing sleeves that can be hitched over the shoulders), danshiki (Hausa: gown with wide armpits reaching to the knees)

1.1.2. All-Purpose Verificational Question: Is that so?

1.3. Auxiliaries: must and should most frequent, ought less frequent, needn’t, dare and be to usually avoided

1.4. Passives: generally avoided particularly in V1 and V2, they + active  form often used: There was a security light outside my house but they have stolen it.

2.1. stilted or pedantic English: Everybody must bring his or her book. They all went to their respective homes.

2.3.1. formal style in informal context: How are you? I hope you are in good health. For your information, I arrived home on the 28th of March.

2.3.2. informal style in formal context: I was sorry to hear that your mother kicked the bucket.

2.4.1. Clichés of formal style: in the final analysis, in no small measure, to mention but a few, the order of the day

2.4.2. Clichés of informal style: men of the underworld, the national cake, spread like a bushfire in the harmattan, we have a long way to go

2.5.2. NE proverbs: Nobody is above mistake. God never sleeps. What a man can do a woman can also do. 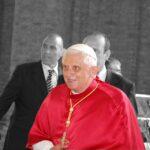 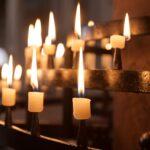