The government maintained a multi-disciplinary working group and a separate task force to develop and monitor anti-trafficking policies. Twelve regional anti-trafficking committees comprising local officials and NGOs worked on prevention and victim assistance. ONAC had not published regular activity reports on its website since 2017 but held four meetings with stakeholders involved in the NRM.

The government did not make efforts to regulate or punish labor recruiters for illegal practices that increase migrants’ vulnerability to exploitation abroad. Labor inspectors did not have authority to inspect informal work activities, including unregistered businesses. The State Police Directorate’s hotline received three trafficking-related calls, which were referred to the appropriate authorities. The government did not take steps to reduce demand for commercial sex or forced labor. 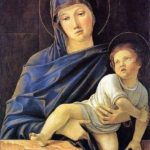