The government maintained prevention efforts. The DEO, as coordinator of the interagency steering committee on trafficking, was responsible for drafting the national action plan. The government had not completed its updated plan for 2019-2021, although it engaged NGOs and other stakeholders for input.

The government did not report the extent to which it screened or identified potential trafficking cases in the inspections. The DEO’s hotline for victims of trafficking received more than 3,802 calls for information, of which seven percent were potential trafficking cases, compared to 4,033 calls in 2018. Local authorities and NGOs continued to distribute brochures, posters, bumper stickers, and media advertisements providing information on victim assistance.

There was no coordinated national government effort to reduce the demand for commercial sex. The government did not make efforts to reduce the demand for child sex tourism by Italian citizens or for forced labor. Italy and Libya’s GNA maintained agreements on judicial cooperation and extraditions. In March 2018, Italian police launched a two-year program based in Egypt training 360 law enforcement officials from 22 African countries on immigration and border control, including combating human trafficking. The government continued an awareness program across the Horn of Africa and West Africa to inform potential migrants of the risks of trafficking. 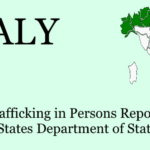 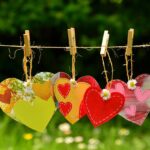