The government maintained prevention efforts. The government adopted a 2018-2022 national strategy and national action plan, focusing on prevention, victim protection, and anti-trafficking policies. While the action plan identified potential sources of funding, it did not allocate financial resources to any of the activities or goals.
ANITP executed a national campaign focused on forced labor funded by a three-year €160,000 internal security grant. ANITP organized a number of additional campaigns raising awareness and continued to publish yearly reports and statistics on trafficking. The government made efforts to reduce the demand for commercial sex acts; however, it did not make efforts to reduce the demand for forced labor.

Despite the criminal code prohibiting Romania-based recruitment companies from facilitating the exploitation of citizens abroad, the government did not have the power to punish recruitment agencies for crimes that contribute to trafficking, such as illegal recruitment fees. Police remained unresponsive to reports of labor trafficking, and labor inspectors lacked the competency for detecting trafficking and the legal authority for unannounced inspections to several categories of worksites.

The UN reported an allegation of sexual exploitation and abuse against a Romanian peacekeeper deployed to the Democratic Republic of the Congo; the investigation was pending at the end of the reporting period. ANITP operated a hotline during regular business hours that primarily focused on informing Romanians about working abroad safely; the hotline received 13 calls regarding potential trafficking cases.
Adapted from TIP 2019 by the U.S. Department of State 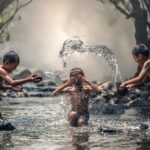