The government decreased law enforcement efforts. Articles 110(a) and 128(b) of the criminal code criminalized sex trafficking and labor trafficking and prescribed penalties of eight to 15 years’ imprisonment for a trafficking offense involving an adult victim, and ten to 20 years’ imprisonment for an offense involving a child victim. These penalties were sufficiently stringent and, with respect to sex trafficking, commensurate with those prescribed for other serious crimes, such as rape.
The Albanian State Police (ASP) investigated 38 trafficking cases with 51 suspects (69 cases with 80 suspects in 2017); nine of these suspects were investigated for child trafficking (22 in 2017) and 42 for adult trafficking (58 in 2017).

The Serious Crimes Prosecutor’s Office (SCPO) prosecuted two cases with six defendants (five cases with five defendants in 2017); three of these defendants were prosecuted for child trafficking (two in 2017) and three for adult trafficking (three in 2017). Courts convicted five traffickers (seven in 2017); four for child trafficking (one in 2018) and one for adult trafficking (six in 2017). All convicted traffickers received prison sentences. The appeals court reviewed and confirmed decisions on five traffickers.
ASP maintained an Anti-Trafficking Unit, which investigated trafficking in persons in addition to drug and contraband trafficking. The government continued judicial reforms that will eventually change court jurisdiction for trafficking cases, including transferring cases not related to organized crime from the Serious Crimes Court to district courts.

However, SCPO reported district prosecutors did not have the experience and capacity to prosecute adequately trafficking cases. Authorities reported confusion between overlapping elements of exploitation of prostitution and trafficking and at times applied the lesser charge because it required less specialization and time, or due to the false belief that trafficking crimes required a transnational element.

The government did not report any investigations, prosecutions, or convictions of government employees complicit in trafficking offenses; however, official complicity and corruption were significant concerns.
ASP arrested 20 suspected sex traffickers on behalf of Italian and Greek authorities. The government signed a memorandum of understanding with Bulgarian prosecutors and extradited three suspects, one each to Greece, Kosovo, and Hungary. 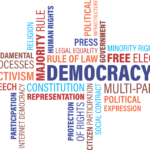