The government of Moldova increased law enforcement efforts. Articles 165 and 206 of the criminal code criminalized all forms of trafficking. The law prescribed penalties of five to 12 years imprisonment for adult trafficking; and eight to 12 years imprisonment for child trafficking; and up to 20 years imprisonment in cases with aggravating circumstances. These penalties were sufficiently stringent and, with respect to sex trafficking, commensurate with those for other serious crimes, such as rape. Article 168 of the criminal code also criminalized forced labor and imposed penalties of up to three years imprisonment. Corruption in the judicial system remained an acute impediment to bringing traffickers to justice; however, courts demonstrated increasing efforts to prosecute officials complicit in trafficking. Courts frequently reversed convictions on appeal, sometimes without explanation or on weak grounds, although comprehensive statistics on the rate of appeal were not available. The government prosecuted several officials for complicity in trafficking. The former head of a human rights agency, who forced children to beg in Russia, was brought to trial and his case remained ongoing. The Court of Appeal upheld the conviction of the former head of the Biathlon Federation of Moldova for child trafficking; he was sentenced to three years in prison. Several government officials were convicted on charges of facilitating prostitution. In January 2018, the former Deputy Director of Moldova’s human trafficking-specialized law enforcement body was found guilty of trafficking in influence and sentenced to four years in prison. Several government officials were investigated in 2017 for complicity in trafficking. Two police officers were indicted for sex trafficking. A case against a village mayor for labor trafficking remained ongoing. The director of an orphanage was indicted for the sexual and labor exploitation of several children; his trial was ongoing. Several Moldovan diplomats and the head of the foreign ministry’s consular affairs department were investigated, arrested, or indicted for extorting or accepting bribes to facilitate illegal migration.
Authorities conducted 185 trafficking investigations in 2017, compared to 151 in 2016. The government sent 85 cases to court in 2017, compared to 33 in 2016, and convicted 58 traffickers, compared to 56 in 2016. Of the 58 convicted traffickers, 52 received prison terms, with one suspended sentence. The average jail sentence was eight to 13 years.
The Center for Combating Trafficking in Persons (CCTIP), Moldova’s specialized law enforcement body, filled its leadership vacancies and increased staffing, which led to improved working relationships with civil society and international partners, and an initial shift back to investigating complex cases of international sex and labor trafficking. Investigations into largescale cases, however, remained inadequate. Observers reported prosecution and investigation teams struggled to conduct complex investigations, such as those involving transnational criminal gangs or complex financial transactions. Authorities did not prosecute any large trafficking groups in 2017. Observers reported CCTIP focused on simpler domestic sex trafficking cases rather than complex international cases, potentially to boost the center’s statistics. This focus on statistics moved CCTIP away from its traditional strength of resource intensive victim-centered investigations. However, CCTIP continued to lack sufficient resources, particularly financial resources and experienced investigative staff. Previously, the restructuring of the Prosecutor General’s Office (PGO) eliminated the use of specialized prosecutors, disbanded the specialized antitrafficking prosecutorial unit, ended the task force approach to
investigations, and reduced institutional knowledge regarding the use of victim-centered approaches to investigations and prosecutions. The PGO subsequently created a new Trafficking in Persons and Cybercrimes unit in August 2016 with five prosecutors who were entirely focused on the investigation stage of the criminal justice process. As observers previously noted, the new unit was not dedicated only to trafficking cases, prosecutors have not received comprehensive training, and the unit remains vulnerable to corruption and political influence. In December 2017, the Chisinau Prosecutor’s Office established an Anti-Trafficking Bureau and concurrently revised internal processes for the assignment of cases, which ensured that only prosecutors who have undergone specialized training will be assigned trafficking cases. Every territorial prosecutor’s office outside the capital was assigned a designated prosecutor to cover these cases. A separate team of six prosecutors within the PGO served as the focal point for international trafficking treaties and monitored the newly established Anti-Trafficking Bureau; it also tracked trends and data.
Prosecutors did not develop investigative techniques that corroborate testimony or consistently employ a victim-centered approach to cases. A February 2016 Constitutional Court decision limited the time suspects may be detained to 12 months. Because final verdicts in trafficking cases can take years, this ruling allowed suspected traffickers to be released before trials conclude, enabling them to flee the country or retaliate against witnesses. Observers reported traffickers tried to manipulate, blackmail, or bribe victims to change their testimony. In 2017, only three victims and their family members benefited from witness protection programs, despite many more in need of such protection. The National Investigative Inspectorate (INI) maintained a policy requiring CCTIP to regularly inform the INI of the suspects in CCTIP’s investigations, to include subjects of search warrants before searches are executed, which increased the risk of corrupt officers warning suspects ahead of raids or intervening in ongoing investigations. During the reporting period, law enforcement initiated eight investigations of suspected witness intimidation, six of which resulted in criminal cases.
Moldovan authorities cooperated with foreign counterparts on multiple trafficking investigations. Mostly using donor funding, the government and international organizations trained police, border guards, prosecutors, and judges in 2017. 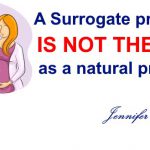