The government decreased overall protection efforts. The Department of Equal Opportunity (DEO), which coordinates protection efforts, reported government-supported NGOs assisted 1,373 trafficking victims in 2018, of which 597 were new cases, compared to 1,354 trafficking victims assisted in 2017. Of the trafficking victims NGOs assisted, 89 percent were victims of sex trafficking or exploitation. To reduce the flow of migrants from Libya, Italy continued training operations with the Libyan Coast Guard, and provided additional patrol vessels, as did other EU member states. However, many European and international NGOs criticized this coordinated effort of turning migrant vessels immediately back to Libyan shores, citing severe security and human rights conditions inside Libya and Libyan detention centers. To reduce the Mediterranean migrant flow, government policy barred NGO rescue ships carrying migrants from the Libyan search and rescue waters from docking at Italian ports. The government continued accepting a small number of pre-screened potential victims of trafficking, via UNHCR-approved “humanitarian corridors,” some via direct flights from Libya and Niger.

With the 80 percent decline in numbers of irregular migrant arrivals compared to 2017, NGOs and international organizations found initial identification of victims improved. NGOs observed an increase in cooperation and information-sharing by law enforcement with NGOs. The government extended the availability of government-funded programs for assistance for victims to 15 months duration. Local governments provided additional funds to victim assistance programs, although the government did not report the amount. The government cooperated with NGOs and international organizations to provide shelter and services to victims. However, funding levels remained insufficient to assist the number of trafficking victims present in Italy from past years. NGOs reported inconsistent quality standards of assistance programs across regions.

According to NGOs and pro bono lawyers, many victims applied for asylum upon arrival rather than protection as a victim of trafficking, either through pressure from their trafficker or believing that asylum status afforded greater freedoms, more immediate access to employment and services, and long-term residency. Many unaccompanied Nigerian minor victims misrepresented their age to gain placement in an adult reception center, giving greater freedom to leave the center unnoticed with their trafficker. NGOs, however, welcomed increased scrutiny by authorities of these age-claims, and authorities more often sent victims into child protection if unable to confirm adult age-status. NGOs estimated more than 5,000 minors in Italy were victims of sex trafficking in 2018. Foreign child victims automatically received a residence permit until age 18 and accommodations in a general children’s center or a designated center for trafficking victims who were also asylum-seekers.

Current law required proof of exploitation in a criminal action against the perpetrator, which left victims and potential victims at risk of prosecution and conviction when a court did not first convict the perpetrators. NGOs also cited continued challenges in adapting to changing dynamics and methods of traffickers and the need for improved coordination on antitrafficking strategies between national government ministries, international organizations, and ground-level NGOs, as well as increased cooperation by local police and prosecutors. 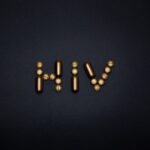