PROTECTION
The government increased protection efforts. The Department
of Equal Opportunity (DEO) coordinated protection efforts and
reported government-supported NGOs assisted 1,354 potential
victims in 2017, a significant increase from 851 victims assisted
in 2016; however, this figure did not differentiate between
victims of trafficking and other forms of exploitation, and thus
the actual increase in trafficking victim identification is unclear.
Of the total, 176 were victims of labor exploitation and 24
of forced begging. Fifteen percent were men and one percent
was transgender. Approximately 71 percent were from Nigeria,
and an international organization estimated up to 75 percent
of the Nigerian women and unaccompanied children who
arrived in 2017 were trafficking victims. Children represented
nearly 11 percent of all victims receiving assistance, many
being boys forced to beg or commit robbery. The Ministry
of Interior formed a working group focused on support for
unaccompanied minors at risk of trafficking, and a new law
strengthening their protection went into effect. NGOs reported
many unaccompanied Nigerian minor victims were 15 to 17
years old, but at the direction of their traffickers routinely
declared themselves as 18 or more years old to age-qualify for
an asylum application, and then transfer to an adult reception
center, giving greater freedom to leave the center unnoticed
with their trafficker. NGOs, however, confirmed increased
scrutiny by authorities of these age-claims, and authorities
sent victims into child protection if unable to confirm adult
age-status. NGOs estimated more than 6,000 minors in Italy
were victims of sex trafficking in 2017.

The government relied predominantly on NGOs and
international organizations to provide shelter and services to
victims, which reported overall improvement in coordination
with immigration officials at both the arrival points and the
longer-term reception centers. The government followed
standard UNHCR procedures to screen for trafficking victims
among asylum-seekers. However, NGOs charged with meeting
migrants on arrival continued to stress the need for longer
time periods for interviewing and screening of migrants at
the ‘hot spot’ arrival ports in order to accurately determine
victim status, although hot spots can also be overcrowded, with
little privacy, and not conducive to a stay beyond one or two
days. NGOs noted the level of government funding remained
insufficient given the significant increase in trafficking victims
over current and past years, and also cited the need for a more
formal referral mechanism. NGOs and officials alike stressed
a critical need for more interpreters of lesser-known African
dialects to be available during the initial screening of migrants.
One NGO estimated existing reception centers could only
adequately accommodate 25 percent of migrant needs. Centers
were ill-equipped to address the unique needs of trafficking
victims and lacked adequate security against traffickers seeking
to recruit victims. The government allotted €22.5 million ($27
million) exclusively to trafficking victim assistance programs
implemented by NGOs in 2017, a significant increase from
€14.5 million ($17.4 million) in 2016 and €8 million ($9.6
million) in 2015. Local governments provided additional
funds to victim assistance programs, although figures were not
available. Government-funded NGOs provided separate facilities
for men and unaccompanied children. NGOs commented
quality standards for assistance programs were inconsistent, with
continued disparity in programming levels between different
regions of Italy. However, the government made progress in
addressing this disparity through funding 18 assistance programs
more equitably spread across all regions of Italy.
Foreign victims were granted assistance for up to six months
and were eligible for temporary residency and a work permit.
Adult victims could extend their temporary residence permit if
employed or enrolled in a job training program. The government
granted 418 residence permits to victims in 2017, compared to
340 permits in 2016. Child victims automatically received a
residence permit until age 18 and accommodations in a general
children’s center or a designated center for trafficking victims
who were also asylum-seekers. Children received counseling and
enrolled in local public schools with the support of mentors.
However, by the end of 2017, an estimated 32 percent of
unaccompanied children had left the centers, which increased
their vulnerability to trafficking. Victims were not required to
cooperate with law enforcement to obtain a residence permit,
although some NGOs and international organizations reported
authorities sometimes gave preference to those who cooperated.
An NGO noted significant improvements in interagency
cooperation in the past year, citing lessons learned over several
years of responding together to the migrant crisis, particularly in
coordinated screening of asylum applicants for trafficking. They
cited continued challenges in adapting to changing trafficking
dynamics and methods, and the related need for improved
coordination among ground-level local NGOs, international
organizations, and the national government. NGOs also noted
victim assistance from the EU was insufficient in light of the
large numbers of continued arrivals by sea. NGOs, prosecutors,
and local officials praised the contribution of trained cultural
mediators hired by the government or provided by governmentfunded NGOs, for their skill in communicating with migrants and victims.

PREVENTION
The government maintained prevention efforts. In October,
the government launched an interagency working group to
coordinate continued implementation of the 2016-2017 national
action plan. The DEO, as coordinator of the interagency steering
committee on trafficking, oversaw protection and prevention
programs. Labor officials inspected 160,347 sites, compared to
94,025 sites in 2016, including 7,265 agricultural companies,
and identified more than 48,000 unregistered workers, compared
to 30,000 workers in 2016. The government did not report the
extent to which it screened or identified potential trafficking
cases in the inspections. The government launched a nationwide
public awareness anti-trafficking campaign, including a video
broadcast on national television publicizing the trafficking
hotline. Local authorities and NGOs continued to distribute
brochures, posters, bumper stickers, and media advertisements
providing information on victim assistance. The DEO’s hotline
for victims of trafficking received more than 4,033 calls for
information, compared to 2,900 in 2016, of which 487 were
potential trafficking cases. Some municipalities supported
education campaigns led by NGOs and implemented fines
on individuals in prostitution and purchasers of commercial
sex for violating rules on street prostitution, although it was
unclear to what extent the police screened for trafficking. There
was no coordinated national government effort to reduce the
demand for commercial sex. Italian diplomats received antitrafficking training, as did troops prior to deployment with
international peacekeeping missions. The government did not
address the demand for global child sex tourism or prosecute
Italian citizens who participated abroad.
Internationally, Italy implemented an agreement for joint
operations and training with the Libyan Coast Guard through
Operation Sophia aimed at reducing the flow of irregular
migrants crossing the central Mediterranean. The Italian
government provided patrol vessels and training for the Libyan
coast guard to more effectively interdict smugglers and traffickers
and rescue migrant vessels. However, some European and
international NGOs criticized this coordinated effort of turning
migrant boats back to Libya and stopping other migrants from
attempting the crossing to Italy, citing poor security and human
rights conditions inside Libya and an increased risk of trafficking
for migrants forced to remain in Libya. Italy and the Libyan
GNA also maintained agreements on judicial cooperation and
extraditions. Italian police began a two-year training program in
March 2018 for 360 law enforcement officials from 22 African
countries on immigration and border control, based in Egypt,
including training on combating trafficking. The government
implemented a communication program across the Horn of
Africa and West Africa to inform potential migrants of the
risks of trafficking. 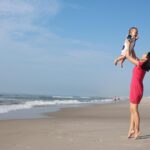 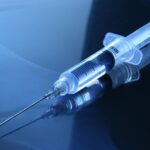