The Government of Romania does not fully meet the minimum standards for the elimination of trafficking but is making significant efforts to do so. These efforts include indicting more suspected traffickers and adopting a five-year national strategy and national action plan. However, the government did not demonstrate overall increasing efforts compared to the previous reporting period. Courts convicted significantly fewer traffickers and officials identified considerably fewer victims, continuing a multi-year decline in such efforts.

Endemic corruption and alleged complicity in trafficking crimes persisted without punishment, particularly with officials exploiting minors while in the care of government-managed placement centers. Judges continued to lack specialized training on working with trafficking cases and victims, which had detrimental effects on witness protection, restitution for victims, and sentencing for perpetrators. Moreover, lack of sufficient government funding for assistance and protection services remained problematic, leaving most victims without services, susceptible to retraumatization, and vulnerable to re-trafficking. Therefore Romania was downgraded to Tier 2 Watch List.
Adapted from TIP 2019 by the U.S. Department of State 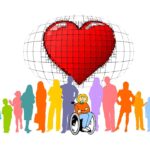 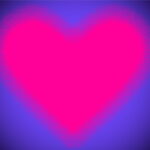