Anna was excited to get a job in a restaurant in the Philippine capital Manila at the age of 15. Sex slavery never even crossed her mind then.

It all started with a Facebook message. It asked if she would be interested in working in a famous restaurant in Cavite province, south of Manila, as she had a “pleasing personality.” The offer included a program to support her studies while working.

“It was a perfect fit. I imagined I could finish my education and at the same time earn and help my family by sending a younger brother to school,” Anna told UCA News.

Her peasant parents in Quezon province were equally thrilled about the prospect of at least one of their children completing university. The other option for Anna was to work on her parents’ pig farm.

When she arrived at the bus station in Manila, she was taken to a dormitory where she would stay during her employment. The company took care of her food, accommodation and travel to the restaurant.

There were six other girls of her age to work in the same restaurant. All had the same story. Each dreamed of lifting their family from poverty or supporting their younger siblings through college.

Anna and the others were instructed not to reveal their age to anyone as they were too young to be employed. Revealing their real age could jeopardize their livelihoods, they were warned. Everyone agreed to remain silent.

After three months, Anna was asked to stay back at the restaurant after her shift. The manager, a woman in her 50s, told her that someone wanted to have dinner with her — a favorite customer of the restaurant. She was given some nice shoes and fine clothes to wear.

A man in his 60s arrived with a bodyguard. After a few sips of wine, he told Anna the purpose of his visit.

He was a businessman who wanted to “help” poor Filipinas by giving them money in exchange for nude photos and videos of them. He asked Anna if he could take pictures and videos of her “for a fee she could not refuse.”

“He offered me 20,000 pesos [US$400] to expose my breasts and thighs on the internet. He offered a very good sum, plus my manager also encouraged me to do it. She assured me no one would touch me … I thought of my parents … and how I could help them. So, I said yes.”

After a few photoshoots, she said she got used to the job. She had developed her own circle of clients who would often request her photos and videos.

“After some time, I told myself it was acceptable because no one was touching me. I merely showed them my body. I am not a prostitute who sells her body for sex. I wished to believe I am just an adult movie actress,” Anna told UCA News.

The Philippines’ conviction rate for child exploitation is also poor. Only 32 convictions for cyber-trafficking have been meted out since 2017 by the Philippines’ Inter-Agency Council Against Trafficking, a UNICEF report said, quoting Philippines government records.

Reports say online sexual exploitation of children is often conducted with the involvement of parents or family members. Their participation is often indispensable in its commission.

In May last year, a 35-year-old woman was caught by authorities selling live-streamed feeds showing the sexual abuse of three of her own children aged 8-17 and their 14-year-old cousin.

When asked by authorities what made her do such a thing, she said it was for their welfare.

“I did it for them. They were not actually being molested … It’s just the Internet. The money that I got was for their education,” she told reporters.

The Covid-19 pandemic, which brought down crime rates, only fired up the online sexual exploitation of children.

Overall crimes in 2020 decreased by 39.58 percent to 41,268 cases. But internet crimes involving children increased exponentially, according to Philippine National Police records, which attributed the phenomenon to Covid-19 restrictions and lockdowns.

Government authorities, however, consider poverty as the main reason for the sexual exploitation of children.

It is “a Goliath-like problem in the country,” says Justice Secretary Meynardo Guevarra. “This threat must be stopped before it spreads more fear, violence and exploitation.”

Guevarra said police had conducted 149 operations between 2019 and 2020 that led to the rescue of 512 victims and the arrest of 215 suspects, of whom 66 have so far been convicted.

The abuse ended when one of her colleagues in the restaurant informed his cousins, who filed a complaint with government authorities.

Anna was one of six minors at the restaurant rescued by the National Bureau of Investigation. She underwent two years of therapy at a center run by a Catholic religious congregation in Manila. There she slowly picked herself up to start her life anew.

Anna’s story is similar to those of many thousands of children who languish in sex slavery in the Philippines. There is one thread that binds them all — poverty.

The Philippines has become a global center for the online sexual exploitation of children.

The crimes involve forcing children to perform sex acts for the satisfaction of paying customers in live internet broadcasts in small internet cafes, private homes and other secluded private spaces.

In 2018, the Philippine Department of Justice reported receiving 600,000 cyber tips of images and videos of naked, sexualized and abused Filipino children. That number showed an increase of more than 1,000 percent from 45,645 cases in 2017.

Cyber tips are reports made by the public to the United States’ National Center for Missing and Exploited Children (NCMEC) on child abuse being committed with the use of their systems.

Government figures say 2 million children, or 61.9 percent of working children, are engaged in hazardous child labor such as working in rice fields and mines.

Of the 17 regions in the country, in 14 regions 10 percent of children are engaged in manual labor, with Mindanao having the highest rate at 22.1 percent.

Philippine law provides indicators of exploitation, such as when the work burdens children, it is too heavy for their age and capabilities, a child works unsupervised or supervised by abusive adults, or when a child works for long hours and has limited time for play, school or rest.

International humanitarian law likewise says child exploitation takes place when minors are forced to work in an environment inimical for their growth and development.

In the Philippines, this can be seen in the provinces, with children helping their farmer-parents toil on huge parcels of land under the scorching sun.

Church authorities in the Catholic-dominated country continue their campaign against human trafficking and sexual exploitation.

He was responding to government figures that revealed online sex trafficking had tripled during the pandemic.

“They [sexual traffickers] prey on our young people who are restricted to their homes due to coronavirus lockdowns … They take advantage of the situation,” said Bishop Santos.

“These predators are heartless, motivated by insatiable greed and addiction to their flesh trade cravings.”

He compared sexual predators to viruses who use poverty and the internet to lure and victimize Filipino youth.

“Human traffickers and sexual offenders are among the worst and most venomous viruses on earth, taking every opportunity to target youths and even younger children who are bored at home and have nothing to do but surf the internet,” said the prelate.

Church authorities have advised parents to limit their children’s time online. Some clergymen have even urged parents to supervise their children while doing school work online. They also advised doing other activities at home that do not involve having to go online.

But no matter what approach is taken, hunger and poverty bring out the worst in people.

Anna is lucky to be back home, but several Annas must be boarding buses to sex slavery today, and many more are continuing their servitude in the dark alleys of Manila and other cities. 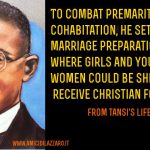 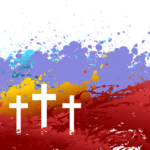