The Shroud is a linen sheet 4.41 meters (~14.5 feet ) long and 1.13 meters (~3.7 feet) wide. The fabric is tightly woven herringbone twill made in a single piece.
On it can be seen a double image (front and back) of a human body which has been tortured and beaten, with wounds visible on the left wrist, on the feet and on the right side of the chest. The Shroud is a burial cloth, which was not particularly common in the burial traditions of the Jews and other ancient peoples.
About 35 centimeters (~14 inches) from each edge and running lengthways down the cloth are two almost symmetrical lines of scorches.

The most evident scorch marks were caused by the fire which broke out during the night between 3 and 4 December, 1532 in the choir-sacristy of the Sainte-Chapelle in Chambéry, where the Shroud was kept in a silver-plated casket. The intense heat of the fire caused a drop of molten metal from the lid of the casket to perforate the cloth which had been folded into forty-eight layers.
The water used to put out the fire left its mark on the Shroud as well.
There are also older traces of combustion which run along two parallel lines at the level of the crossed hands (frontal image) and at the same level of the back (dorsal image) of the Man of the Shroud.

The image shows two imprints of a full-sized human body laid on one half of the linen, with the other half of the cloth being drawn over the head and down to the feet, thus creating two head-to-head images, one frontal and one dorsal. The imprint is of two colors: the body print is a slightly hazy sepia (yellow-brown) whose edges appear to fade into the background; the pinkish stains are instead due to the presence of blood on the cloth.

The frontal image shows the head and face of a 1.80 m (~5.9 feet) tall man with long hair, a forked beard and a moustache. The more marked hair mass on the left side of the image suggests that the head was slightly tilted to that side. Pinkish stains are visible on the hair and face. The most characteristic one is the reversed 3-haped stain in the center of the forehead. The features of the face are marred by what appear to be several lesions: the bridge of the nose is crooked, there is bruising under the eye, on the right check, on the upper lip and on the jaw.
Recent studies using computers have revealed circular imprints in correspondence with both eyes. These were probably made by coins. On the right of the chest there is the image of a cut about 4.5 centimeters (~1.5 inches ) long by 1.5 centimeters (~0.4 inch) wide from which a large bloodstain emerges.
It is possible to see the two forearms with the left hand crossed over the right wrist at the level of the pubis. Bloodstains are clearly visible on the left wrist and on both forearms. On the dorsal image a series of blood rivulets run down around the nape of the neck. Scourge marks spread from the tops of the shoulders to the ankles. There is also a transversal blood flow extending right across the small of the back. 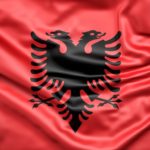 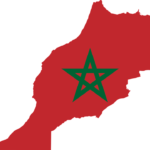