On April Fools’ Day last year, a German LGBTI website came under attack for announcing the raffle of a surrogate mother in Thailand and an egg donor for a gay couple. The ‘package’ was said to be worth over $44,000 US. Immediately this raffle draw attention on Twitter, where it was criticized for being a “tasteless,” “racist,” “sexist,” and extremely unfunny attempt at an April Fools’ joke.

Julie Bindel, an original signer of the StopSurrogacyNow Petition, took to Twitter:

Those of us aware of the human rights abuses involved in surrogacy, or rather womb trafficking, will be very well aware that this so-called April Fools’ Day joke happens in real life, & the attitude is prevalent among gay men who consider it their right 2 use the inside of those women’s bodies for their own inconvenience. There is no ‘right’ to have your own biological child, or to use a poor, desperate woman’s body to carry that child…

I’ll let her remarks trail off, as she had some pretty salty language for gay men who use women as their surrogates.

The gay news quickly took her to task for her remarks. On Twitter, she responded, “We live in times where privileged gay men refer to a feminist critique of renting poor women’s wombs as ‘hate speech’ and make an actual ‘news’ story out of such slander.”

In the midst of the outrage, the managing editor of the LGBTI website said:

Surrogate babies are a controversial topic, so we expected some moral outrage.

Our April Fools’ joke is indeed sarcastic, but not sexist or racist. It’s a well known fact that gay couples from first world countries with a desire to have children use surrogate mothers from third world and emerging countries.

No Real Debate on Surrogacy

This brief scuffle across a few news sites and on Twitter was certainly no debate. Trust me—I would be the first to welcome a serious public debate on surrogacy. If I’m brutally honest, there simply is no real debate on surrogacy taking place in America or anywhere else in the rest of the world. What is taking place here in the US is a state-by-state effort to pass legislation enabling commercial surrogacy. Internationally, efforts to legalize commercial surrogacy are underway in places like the Hague, the United Nations, and several national governments. One thing you should know for certain is that all of these efforts are carefully orchestrated—and well-funded—by the fertility industry, their lobbyists and attorneys, and gay surrogacy agencies like the one run by Sam Everingham, “Families through Surrogacy” or the group “men having babies.”

Few are probably aware that a commercial surrogacy bill just passed in Washington state, and that Governor Inslee has signed it into law. I testified in opposition to the bill at two hearings there. The first was chaired by the Senate committee member who authored the bill, a gay man who has children through surrogacy. The second hearing was chaired by a house committee member who is a lesbian. To be clear, my position against surrogacy has nothing to do with preventing gay men from having babies. My position is that no one has the right to use any woman’s body in order to have a child. Full stop.

New York and New Jersey are poised to pass similar commercial surrogacy bills, and no debate is taking place. The New York bill is authored and championed by another gay state senator who also has children via surrogacy. As he announced that his bill to legalize commercial surrogacy in New York had passed out of committee, Senator Brad Hoylman declared, “we have been stuck in the dark ages on surrogacy.” He makes it sound as if surrogacy is some form of women’s liberation.

On the contrary, this is a proposal to enter the dark ages on surrogacy, returning us to a Handmaid’s Tale era of female enslavement, creating a paid breeding class. While it is interesting to list the countries where laws have recently been changed to prohibit commercial surrogacy or to close borders to non-citizens traveling to hire surrogates, considerably more instructive and telling is examining why these changes have been made.

International Cause for Concern

Thailand, for example, closed its borders to commercial surrogacy after the Baby Gammy case was reported. Baby Gammy and his twin sister were born to a surrogate mother in Thailand, having been commissioned by a couple in Australia where commercial surrogacy is illegal. The intended parents left Baby Gammy in Thailand because he was born with Down Syndrome, and they didn’t want a child with a disability. It was later confirmed that the intended father is a convicted child molester in Australia. Authorities have so far refused to remove the little girl from his care, but they have instructed that he is never to be allowed to be alone with her.

Surrogacy has been banned in Nepal too. Why? Because women were exploited, and children were left in a precarious state after a 7.8 magnitude earthquake struck in April 2015. Nepal had become a destination for gay couples from Israel (where surrogacy is only permitted for heterosexual couples) who were seeking cheap “labor” for building their families. After the earthquake hit, the Nepalese government banned the practice, moved by the horrific photos of poor Nepalese women who were left behind, surrounded by ruins, while wealthy gay Israeli men boarded planes with their babies.

I could go on and on. The point is that surrogacy is prohibited and borders are closed in many countries because they have seen firsthand the ways in which surrogacy harms women and children.

In the United States, however, surrogacy is marketed as the loving, giving act of an “angel.” This is similar to the way in which egg donation is marketed. No concern is given to the health and well-being of the women involved. I have written extensively about these concerns in other pieces (see here, here and here). And make no mistake, it is heavily marketed with big, big money that downplays any risks or concerns for the needs and best interests of the children.

At the same time, any opposition—indeed, any questioning of whether surrogacy is anything other than rainbows and unicorns—is quickly silenced. I have been contacted by many surrogates who were tossed off message boards or banned from social media groups for even mentioning that they’ve had difficulty or that they were pausing to think about the larger implications of surrogacy on women or children.

One of the first steps in combating surrogacy, particularly in the consumer-driven developed, western world is by exposing big fertility. Surrogacy is big business, raking in billions of dollars worldwide each year. As a growth sector, it attracts investors getting in on the act too. Here’s how one report put it:

Sensing a lucrative market, private equity firms are pouring money into building national chains of fertility clinics. Some are spending on splashy advertising and a deliberate strategy of reaching out to young women who are not yet trying to conceive. [I wrote about egg banking here.] Venture capitalists are getting into the business, too; this year alone, PitchBook has tallied more than $178 million flowing into startups developing fertility products, such as a test that promises a credit-score-style rating of a woman’s fertility.

Surrogacy is expensive, routinely costing commissioning parents six figures. It can sometimes cost much more, since every attempt doesn’t necessarily end in the live birth of a child. Where does all that money go? Certainly, some of it goes to the surrogate mother (generally $20,000-$35,000 in the United States, much less in the developing world). By no means are surrogate mothers receiving the bulk of the funds. The truth is that vast sums of money flow to the agencies and attorneys who broker surrogacy deals, as well as to fertility doctors and fertility clinics.

When there is money to be made—particularly in a field that claims to be self-regulated—there are always bad actors eager to cash in. Theresa Ericson, a California-based surrogacy attorney who was convicted and sent to prison for leading a baby-selling ring, called herself the “tip of the iceberg, when it comes to people abusing the system.”

So no, there is no debate taking place on the ethics of surrogacy. What is happening is that a few of us, woefully understaffed and underfunded, are taking on an industry similar to the likes of Big Tobacco or Big Pharma, David vs. Goliath style.

Surrogacy is no April Fools’ joke. It’s no laughing matter at all. It’s a big business that exploits, uses, abuses, preys on, and commodifies women. It turns children into products to be designed, selected, and purchased, while it profits handsomely. And it is willing to fight like mad to protect its moneyed interests.

Join me in exposing big fertility and educating others to help me stop surrogacy now. Sign our statement at StopSurrogacyNow. Our films are also a great and easy way to educate others in your community. 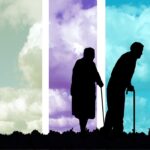 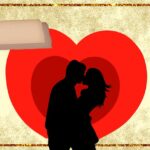