The Shroud is a linen sheet woven herringbone size of about m. 4.41 x 1.13, containing the double image to turn the head of the corpse of a man who died after a series of tortures culminating with the crucifixion. The image is surrounded by two black lines and singed by a number of shortcomings: they are damage due to fire occurred in Chambéry in 1532.

«Sindón» is a greek name and can be found in the synoptic Gospels about the burial of Jesus. In the latin version of the New Testament «Síndon», from which the italian «Sindone» derives, has been transliterated. In greek and latin the use of this name is really wide indicating a piece of sheet that can be both raw and already ready-made for a specific purpose. Its italian meaning is considerably restricted: the use applied to the «funeral cloth» kept in the Turin Cathedral is practically almost exclusive. The other languages havent kept the same continuity of the word: «(Saint) Suaire» in french, «(Holy) Shroud» in english, «(Heiliges) Grabtuch» in german (funeral cloth), «Sábana Santa» in spanish. There is always a reference to the Gospel parables about the Passion of Jesus and a cross-reference mark to the piece of sheet his dead body was wrapped in after the Deposition.

According to tradition, it is the sheet mentioned in the Gospels which served to wrap the body of Jesus in the tomb. This tradition, although it has found evidence from numerous scientific investigations on the Sheet, can not yet be said definitively proven. Certainly however the Shroud, to the characteristics of its footprint, is a direct and immediate reference that helps to understand and ponder the dramatic reality of the Passion of Jesus. For this Pope St. John Paul II called the “mirror of the Gospel”.

On the Shroud is a visible  image of man, which is identifiable not only the condition of death, but also the cause of death: crucifixion. Despite image present some difficulty reading because of a ?? reverse light and dark tones similar to those of the photographic negative, if they stand a few characters, like that of rigor mortis and of the absence of any sign of ?? putrefaction. You also notice many signs of injury on the body from the scourging, the presence of the hands and feet of holes from sharp wound body (nails), the signs of numerous bites on the scalp, a large wound in his left side (on the Shroud, and then on the right side ?? man who was wrapped).
The signs of the Shroud are direct feedback from the Gospels about th execution of Jesus of Nazareth: crucifixion preceded by scourging, beatings on the face, crowning with thorns, the nails used for the crucifixion itself, and followed by the wound inflicted with lance light from one of the soldiers while they are not broken legs, according to the prophecy recorded in Ex. 12, 46 and cited in Jn. 19.36. The same characteristics of the liquid exile from wounds (identified on the Shroud as human blood group AB are left to distinguish, on the Shroud, as due to the time of payment, before or after death (cadaveric blood).
It is appropriate to speak of a great match (with no other comparable example) between the testimony of ?? event of the resurrection according to the Gospels. The Gospel accounts of Jesus’ burial are less clearly interpretable than those of the crucifixion, because the synoptic Gospels (Mark, Matthew and Luke) are more parks in particular, while John speaks of “sheets” in the plural, of a shroud used for Jesus, and a discovery of his empty tomb, but where you can still see the burial cloths without the body of the deceased. It does not seem that there is no contradiction between the Synoptics and John, and even between John and the Shroud, if you think that a sheet the size Shroud was lying abandoned on the tombstone and then folded in half with appearance of a top sheet and one below; the shroud may have been the handkerchief of the chin, rolled up. It is therefore justified to say that in the Gospel story and story Shroud of Jesus’ burial there is contrast, but possible completion. 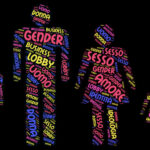