Noor Jontry believed she was male from ages 11 to 13, but has changed her mind. Now at age 14, she is sharing her journey into the trans-male identity and back to her female self.

In an interview on the website 4thWaveNow, Noor gives extraordinarily mature insights into her thoughts and feelings as she changed from being certain she wanted gender transition to finding less drastic ways of addressing her gender dysphoria and becoming comfortable in her female body.

Gender dysphoria is the strong feeling of unease about one’s gender not matching one’s physical body. Noor says, “I learned that being female isn’t a feeling. It’s a biological reality and I could feel however I feel without it meaning I was male.”

When asked why she wanted to be male, she said she didn’t like her body and wanted a different one. She also realizes in retrospect that “I used being trans to try and escape being scared about being small and weak. I thought that if I presented myself as a man I’d be safer.”

With the encouragement of her mother, she researched the medical effects of puberty blockers, cross-gender hormones and surgery, and came to see that her initial beliefs—such as there being no dangerous side effects from hormones or blockers or thinking that she could delay puberty forever—weren’t true. She says she now understands that testosterone is a powerful drug that can damage female organs, and puberty blockers negatively affect brain development.

When asked about dysphoria, Noor says, “It is definitely a real feeling! But being uncomfortable is part of being human. If you can’t cope with those feelings, then you need help learning better ways to cope. My psychologist understood I had dysphoria and we worked through the trauma that caused it.”

‘Dysphoria Always Has a Deeper Root’

I have come under fire for suggesting people with gender dysphoria spend time with a psychologist to work through, as Noor puts it, “the trauma that caused it.” In my 10 years of working with trans persons and their families, I have found 100 percent of those who write me can identify the onset of gender dysphoria in themselves or their loved ones.

So many traumas can cause gender dysphoria, including emotional loss, abuse, and extreme changes in the home. According to research, almost two-thirds (62.7 percent) of transgender people have some type of co-existing psychiatric disorder, such as depression, phobias, and adjustment disorders.

As Noor has discovered and articulates so well: “Dysphoria always has a deeper root. ‘Trans’ isn’t the right word. We’ve learned to know it as trans but really what I think some people feel is extreme, chronic dissociation, possibly from trauma and PTSD.”

That’s what happened to me. I didn’t want to be the boy who experienced the pain in my young life, so I wanted to escape into being someone else. In medical parlance, I dissociated. According to scientific research, I’m in good company. Almost a third (29.6 percent) of trans people have dissociative disorders. Researchers evaluated 118 individuals with gender dysphoria and, in addition to dissociative disorder at 29.6 percent, found a high prevalence of lifetime major depressive episode (45.8 percent), suicide attempts at 21.2 percent, and childhood trauma at 45.8 percent.

I also suffered childhood trauma. So I followed the recommendation of gender professionals and underwent irreversible gender change. Living as a woman, I still experienced severe gender identity distress, and attempted suicide. Eventually, I was diagnosed with a dissociative disorder, which, I found out later, had driven my unrelenting desire to become someone else. Thankfully, when I received appropriate counseling for my dissociative disorder, my desire to be a woman dissipated and I returned to life as a man.

Hormones Will Not Resolve Psychiatric Disorders
Unfortunately, so-called “gender specialists” generally focus only on the patient’s gender dysphoria and don’t consider treating any coexisting disorders prior to approving hormone therapy and sex-change surgeries. An example of this came in my email this week. A man in his twenties went for his first appointment with a gender specialist and walked out with a prescription for cross-gender hormones. That’s appalling. Hormones are powerful drugs, as Noor understands very well.

The rush to treat people with irreversible hormones and surgery before exhausting the psychiatric underpinnings driving the desire to change genders has got to stop. As a fellow transgender traveler who lived life as a woman for eight years, I continue to warn others early on their journey: “Turn around. The bridge is out. Find another way now.”

Based on my inside perspective, I wave a caution flag and set up some flashing lights, so transgender people might consider exploring a safer, alternative path prior to following the Pied Piper of political correctness off the cliff into the abyss. Psychiatric and psychological care are reasonable first steps.

The Truth Is Offensive, and Sometimes Illegal
Reports of psychiatric issues among transgenders contradict the political correctness narrative and get downplayed or suppressed. Individuals with gender dysphoria are typically not encouraged to seek diagnosis and resolution for their depression, phobias, and adjustment disorders. Instead, it is assumed that their psychiatric difficulties are due to “not being true to themselves,” and they are fast-tracked to transition with hormones and surgery, which have not been proven to improve the quality of life long-term, and can lead to suicide.

The truth offends people. Informing people about transition regret or advising counseling is considered hate speech or transphobia. Researchers are discouraged from studying this topic rigorously. Schools are inundated with activist demands to teach gender ideology and implement policy that deny the physical underpinnings of sex and gender. Laws are being passed making it illegal for licensed therapists to pursue any line of counseling with minors other than affirming them in their chosen gender.

Yet for more than 50 years there has been no proof that using hormones and surgery to treat gender dysphoria is effective long-term. From the first drafts in 1979 by Dr. Paul Walker to the World Professional Association for Transgender Health (WPATH) standards today, standards of care provide only one course of treatment for people with gender identity issues: change the body to match the mind.

Unhappiness, poor mental health outcomes, detransitions, and the high rate of suicide attempts (over 40 percent) raise the likelihood that affirmation, hormone intervention and surgery are failing to effect psychologically-sound long-term outcomes for all people with gender identity issues. But WPATH doesn’t encourage research into why people change their minds, abandon their gender change, and detransition back.

WPATH gives the appearance of being a body of professionals who are guarding their professional interests and livelihood to the detriment of the trans-population. People in so much obvious pain deserve better.

What People Questioning Their Sex Need to Hear
Telling the truth, as painful as it can be to hear, shows genuine concern and compassion for people who are sincerely struggling with their gender identity. Noor’s mother showed love and compassion when she encouraged her pre-teen daughter to research the damaging medical effects of transition. It demonstrates compassion to suggest non-surgical treatments first. People deserve to know what Noor has shared: that feelings can, and do, change, and that gender-change hormones and surgery cause lifelong consequences. As I have written, regret is not rare, and claims of benefits of gender change are based on junk science.

Telling the truth is not hate speech. Noor’s mother lovingly told her daughter the truth and encouraged her to test the truth. What is hateful is affirming trans people in living out a delusion that cannot lead to long-term internal healing. If affirming worked, we would not read about trans suicides, and I would not hear from so many who regret gender transition.

By self-diagnosing themselves with gender dysphoria, trans-people can bypass the uncomfortable discussion about painful childhood events or co-existing psychological and sexual disorders and instead immerse themselves in the distraction of changing gender.

By diagnosing a client with gender dysphoria, psychotherapists avoid the hard work as well. He or she doesn’t have to look for, or provide help for, the messy-to-treat co-occurring disorders such as autogynephilia, body dysmorphia, dissociative, bipolar, schizophrenia, obsessive compulsive, anxiety, self-cutting, or depression. Noor’s mother made certain that the psychologist treating her daughter was what Noor calls “gender critical,” someone who looked beyond the gender dysphoria for the root causes.

Each trans person, young and old, needs our compassion, which means exposing them to the truth about comorbid psychiatric disorders. As Noor says, “It [gender dysphoria] is definitely a real feeling! But being uncomfortable is part of being human. If you can’t cope with those feelings, then you need help learning better ways to cope…Feelings are feelings. Feeling something doesn’t mean it is true or real.”

Wise words indeed from a 14-year old who has been there and back, and now shares her insights with the world.
Walt Heyer is an accomplished author and public speaker with a passion for mentoring individuals whose lives have been torn apart by unnecessary gender-change surgery. 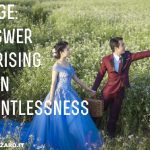 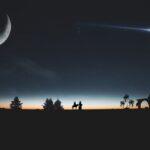