It is said that the earliest traditions represent rulers as Gods or demigods.

In times and among races less barbarous we find these beliefs a little modified, the monarch is conceived to be a man having divine authority. He retains, however, as in the East to the present day titles representing his heavenly descent.

Later on the progress of civilisation, as during the middle ages in Europe, the current opinions respecting the relationship of rulers and ruled are further changed, for the theory of divine origin is substituted that of divine right.

The writer does not think that the eternal and everlasting principles founded on man’s senses and the seasons and retained in the titles of Maluango and other kings have by any means passed away.

Although we do not talk of our most gracious King by seven titles he is certainly represented by six great dignities in the six offices of state which King Alfred like King Maluango may have managed in person.
_____
IF YOU THINK TO GO EUROPE READ HERE

It needs but a glance at the following lists for us to be convinced of the psychic unity of mankind, and that in the art of ruling man this must be accepted as a working hypothesis inductively established.

I must now conclude hoping that these notes may be of service both to the intelligent black man anxious to remind his people of their greater past and to encourage them once more to search after higher things, and to the white man who for want of information has been inclined to undervalue the material he is expected to understand and I am sure hopes to guide or mould in the right way.

Both in the case of the white and black man environment has done its fatal work, it is therefore as foolish for the white man at the present juncture to impose many of his laws and customs upon the black man living in the tropics as it would evidently be for the black man to impose his upon the white man. It is, of course, easy to say that we should act up to the ideals set before us by great philosophers and be superior to our environment; but as a matter of fact we are not, and while in Africa we find the ruins of what were once great kingdoms wanting in strength to maintain themselves for any length of time free from the gravest internal disorders and so degenerating into a series of enclosed despotisms which in anything beyond the management of village affairs do not contain the principle of representation by the people-so, on the other hand, in Europe democracy has become too powerful, and the people, fast losing sight of the great fundamental truths at the base of all good government, look upon licence as liberty and attack or attempt to disestablish any one of the six great estates which endeavours to curb their so-called liberty.

It is here that the full beauty and use of the kingly office becomes apparent, for the king at least should be placed by the people above environment and so enabled to hold himself and the six great principles of government well in hand.

Insects recognise this great truth, why should not man?

The King of the Bavili and his Constitution.

The King of the Bini and his Constitution.

At the Back of the Black Man’s Mind, by Richard Edward Dennett

IF YOU THINK TO GO EUROPE READ HERE 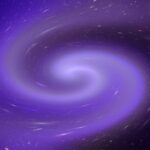