We continue to study Edo tradition, necessary to fight trafficking in Nigeria

The Edo-speaking people of the old Benin Province and parts of Delta,Rivers and Ondo province and patrs of Delta,Rivers and Ondo Provinces belong to the Kwa language family groups of the Western Sudanic languages like Yoruba,Igbira,Igala and Ibo.They are divided into four groups Edo(Bini) Esan,NorhternEdo and Urhobo and Isoko.The common typical characteristics of the group are the types of rural settlement,the organization of the age-grade system and a strong patriilineal bias in their social organization.There is established chieftiancy with authority and the people are deeply religious.The economy is based largely on farming,hunting and fishing but there is good craft work especially among the Edo(Bini) where the guild system has been very well developed.

With these characteristics in view the educational system has been developed along the line which ahs produced men and women for the right kind of services.

The educational of the child starts on the day he is born because he is constantly been exposed to many of the customs which pass into his subconcious mind.Among the Edos for example yams are placed on the child´s head on the bed from the day of birth until the naming ceremony.This seems to direct his mind to popular occupation and the staple food even when he can hardly perceive.Among the Agbede clan it is the woman who first washed the child at birth that will continue for the next three months.This must have some pychological effect on the growing baby.The naming ceremony on the seventh or eight day is an occasion to admit the child into the extented family system as noted under the Chamba.Among some of the Edos the head of the infant is touched to the ground seven times by the most senior woman present at the ceremony as a token of his submission to the collective ancestors spirits.The child is introduced to the society at the age of three months when the mother goes to public places like the market with him or her on her back.What the child sees or hears at this time forms the foundation of his education and is reflected in his behaviour later in life.

For the first three years of it´s life the child is almost entirely dependent on it´s mother until if is weaned and then he or she can join the groups of his or her peers.This is why the Edos think that growing girls must themselves be properly educated because of their role as mothers in the life of the nation.The basis for counting,use of language,knowledge of the customs and traditions is laid during this period.The young mother is supposed to be the inexperienced class teacher and the maternal grandmother,the headmistress of the small domestic kindergarten.

Once the child is circumcised at between three and seven he graduates out of granny´s kindergarten class into the society´s primary school where he improves his counting,number work,and the use of language through running erands and joining his peer groups in different types of play.No ceremony is attached to circumcision as with Chamba but it is obligatory for every child .All children play and learn together until about six when each sex begins to learn what should be useful to it later in life.boys begin to paly with bows and arrows,matchets,fishing rods and also to use them properly under experienced elders with appropriate use of praise and ridicule.Those Who wish to specialize in particular crafts are attached to members of such guilds who are relatives or friends of the family.

Girls do not belong to fixed play-groups but are taught to prepare meals,carry fire wood and fetch water for domestic use until they are about eleven when they are expected to have mastered the art of looking after siblings and know something of trading and farming.Before menstraution starts she would have learnt all the taboos connected with sleeping in a special room,not touching cooking utensils,not entering any shrine.She receives sound sex education which is denied girls nowadays.

By about the age of sixteen the young men are expected to enter the age-grades in their village.These are the training colleges for the youth and the adult,they enter the lowest grade as youth ahd retire from the highest as elders.There are three important grades-the first is for the youth,the second for mature men and the third for elders.They spend 5-7 years in each grade depending on that locality.

The first stage is for the youth to become mature,to serve the community in various capacities and to learn the secrets of most of the customs and traditions which they would be expected to pass on.Their communal tasks include the clearing of paths to farms,streams ,and other villages and the care and repair of shrines and other public buildings.This is important period in the life of any gifted youth for it is at this time that he can show how brave he is through exploit,how gifted through accomplishments and how original through suggested innovations.

Adulthood is the stage of learnig by teaching others,of dispensing justice equitably and assuming leadership in the various cults and religious groups no less than in the fighting forces that sustained the Old Benin Kingdom.

One particular area in which the genius of Edo adults succeded in maintaining a high standard of education is the organization of indigenous crafts in the Kingdom.it was left in the hands of guilds which organized themselves in a remarkably efficient way.There were guilds of Blacksmith,wood and ivory,Bronze,leather workers ,drum-makers ,weavers of special embroidered cloths and bead decorators whos works still attest to a high level of civilization which could not have been succesfully supported by the so-called present-day education.

Excepts from Traditional System of Education in Nigeria (part2)
by: Professor J.A.Majasan 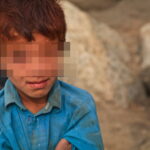 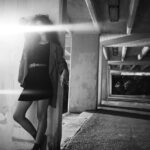