The Government of the People’s Republic of China (PRC) does
not fully meet the minimum standards for the elimination
of trafficking and is not making significant efforts to do
so; therefore China remained on Tier 3. Despite the lack
of significant efforts, the government took some steps to
address trafficking, including by cooperating with international
authorities to address forced and fraudulent marriages in
China—a key trafficking vulnerability for foreign women and
girls; seeking criminal accountability for officials complicit in
commercial sex crimes that may have included sex trafficking;
and continuing trainings for officials on victim identification
and assistance, in conjunction with international organizations.
However, state-sponsored forced labor continued to be an area
of concern. Unlike in prior years, the government did not report
identifying any trafficking victims or referring them to protective
services. Authorities detained women arrested on suspicion
of prostitution—sometimes for months—and often forcibly
returned foreign victims to their trafficking circumstances after
they escaped and reported their abuses. Authorities attempted to extradite Chinese and Taiwan individuals abroad—some of
CHINA whom were reportedly victims of forced labor—and charge
them as criminals.

RECOMMENDATIONS FOR CHINA
End forced labor in government facilities and by government
officials outside of the penal process; vigorously investigate,
prosecute, and impose prison sentences on perpetrators
of forced labor and sex trafficking, including government
officials who facilitate or are complicit in trafficking; update
the legal framework to fully criminalize all forms of trafficking,
including the facilitation of prostitution involving children
younger than the age of 18; expand efforts to institute proactive,
formal procedures to systematically identify trafficking victims
throughout the country—including labor trafficking victims,
Chinese victims returning from abroad, and victims among
vulnerable groups, such as migrant workers, foreign women, and
Chinese women and children arrested for prostitution—and train
front-line officers on their implementation; cease penalization
of victims for acts committed as a direct result of being subjected
to trafficking, including by immediately screening individuals
suspected of prostitution offenses for sex trafficking indicators
and referring identified victims to protection services; ensure
authorities do not subject trafficking victims to detention,
punishment, or forcible repatriation; expand victim protection
services, including comprehensive counseling and medical,
reintegration, and other rehabilitative assistance for male
and female victims of sex and labor trafficking; provide legal
alternatives to foreign victims’ removal to countries where they
would face hardship or retribution, particularly North Korea;
and increase the transparency of government efforts to combat
trafficking and provide disaggregated data on investigations
and prosecutions, victim identification, and service provision,
including by continuing to share relevant data with international
partners. 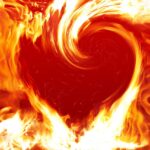