Myth: The Christian Faith is just repackaging of pagan myths.

Joseph Campbell (1904-1987) was an author and expert on the subject of mythology. His interest in myths began when, as a boy, he saw his first Native American totem pole. A practicing Catholic until his thirties, Campbell was fascinated by the seeming similarities among the myths of different cultures.

In books such as the perennial bestseller The Hero with a Thousand Faces, Campbell argued that these similarities can best be explained as projections of a universally human “collective unconscious” (he was heavily influenced by Carl Jung). In a famous interview with Bill Moyers, Campbell explained the importance of learning the myths of other peoples: “Read other people’s myths, not those of your own religion, because you tend to interpret your own religion in terms of facts—but if you read other ones, you begin to get the message.”

The belief that religious faith is based on myths is not new, but using apparent similarities among the beliefs of different cultures and peoples, even across different historical time periods, is a relatively new tactic used by atheists, neopagans, and others hostile to the Catholic Church.

One of the most influential purveyors of the claim that the Catholic Church is the reincarnation of a pagan mystery cult was Alexander Hislop (1807-1865), a Presbyterian minister in the Free Church of Scotland and a virulent anti-Catholic. His 1858 book The Two Babylons: The Papal Worship Proved to Be the Worship of Nimrod and His Wife continues to sell and to persuade Protestants that the Catholic Church perverted the Christian faith by adopting paganism.

This “pagan influence” attack against the Church grew in popularity through much of the nineteenth century; many new sects such as Seventh-day Adventists, the Mormons, and Jehovah’s Witnesses were born during that time.

Some critics claim that the early Christians adopted elements of ancient Egyptian religion, basing Jesus on the Egyptian god Horus. This false narrative was the construct of Gerald Massey (1828-1907), an English poet and amateur Egyptologist. He wrote three books on the subject, including The Natural Genesis (1883). He linked Jesus to Horus by claiming both were born to virgins on December 25, both were crucified, and both were raised from the dead three days later.

Massey had no formal education in Egyptology, but his claims are still advanced as authoritative by the likes of D.M. Murdock (in his 2009 book Christ in Egypt: The Horus-Jesus Connection), and Tom Harpur (in his 2005 book The Pagan Christ: Recovering the Lost Light). Even the comedian and satirist Bill Maher advanced the Jesus-Horus theory in his 2008 “documentary” film Religulous (a combination of the words religious and ridiculous).

Maher asserted that both Jesus and Horus were born to a virgin, baptized in a river, crucified and then raised from the dead three days later. Maher cites the ancient Egyptian Book of the Dead as his source material. The problem is that it is not in fact a single “book,” but a collection of spells to help the soul of the deceased navigate the afterlife.

Another problem with the Horus connection is that there are many variations of the Horus story, which forces proponents of this myth to cherry-pick elements from different time periods.

Interestingly, Roman pagan propagandists who wrote tracts to prevent conversions to the Faith did not see it as having ancient pagan origins; rather, they criticized it for being too new.

Celsus, writing in the second century A.D., argued that the only acceptable religion is one that can trace its origins to the past. He believed that the older a faith is, the better and truer it is. This was “because the men and women of earlier times, especially those who lived very long ago, were thought to have been closer to the gods.”

The pagan myth theory also falls flat when the writings of the early Christians are examined. Nowhere in these writings is paganism looked upon favorably; rather, Christians prided themselves on being different from pagans. Indeed, it was this difference that led Rome to persecute the Christians, as St. Justin Martyr (c. 100-165) confirms in his First Apology: “And this is the sole accusation you bring against us, that we do not reverence the same gods as you do, nor offer to the dead libations and the savor of fat, and crowns for their statues, and sacrifices. [And we] have now, through Jesus Christ, learned to despise these [pagan gods], though we are threatened with death for it.”

The Real Story: Claims that the Christian faith is simply a repackaged paganism are specious. The early Christians did not see any similarities between the Faith and paganism, but rather significant differences, which is one reason why the membership of the Church grew so rapidly; the Church offered what paganism did not.

The best defense against this myth is to turn the argument around and show that the few similarities between the Christian faith and the myths of other cultures are not the result of a collective unconscious or of the co-opting of Egyptian fables by Christians, but rather an illustration of how God’s divine drama was prefigured in the beliefs of other cultures before its fulfillment in the true story of Jesus Christ. 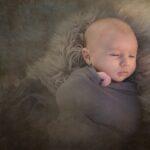 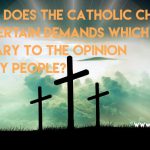