For the first Christians, the resurrection after death was a strong reality. They did everything they could to be able to bury the bodies of their dead. When we visit the catacombs in Rome, we are struck by the care and the faith with which the dead were buried. They are laid out as if they were sleeping.
«I expect/look for the Resurrection of the body/dead and life everlasting.» (The Creed) Such is the faith of Christians who believe that, just as Christ rose from the tomb with his body, so we too will rise with our body. 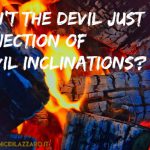 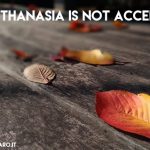