Cannabis sativa is one of the most widely recreational drugs and its use is more prevalent among depressed patients. Some studies reported that Cannabis has antidepressant effects while others showed increased depressive symptoms in Cannabis users. Therefore, the present study aims to investigate the effect of Cannabis extract on the depressive-like rats. Twenty four rats were divided into: control, rat model of depression induced by reserpine and depressive-like rats treated with Cannabis sativa extract (10mg/kg expressed as Δ9-tetrahydrocannabinol). The depressive-like rats showed a severe decrease in motor activity as assessed by open field test (OFT). This was accompanied by a decrease in monoamine levels and a significant increase in acetylcholinesterase activity in the cortex and hippocampus. Na+,K+-ATPase activity increased in the cortex and decreased in the hippocampus of rat model. In addition, a state of oxidative stress was evident in the two brain regions. This was indicated from the significant increase in the levels of lipid peroxidation and nitric oxide. No signs of improvement were observed in the behavioral and neurochemical analyses in the depressive-like rats treated with Cannabis extract. Furthermore, Cannabis extract exacerbated the lipid peroxidation in the cortex and hippocampus. According to the present findings, it could be concluded that Cannabis sativa aggravates the motor deficits and neurochemical changes induced in the cortex and hippocampus of rat model of depression. Therefore, the obtained results could explain the reported increase in the depressive symptoms and memory impairment among Cannabis users. 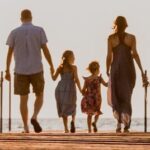